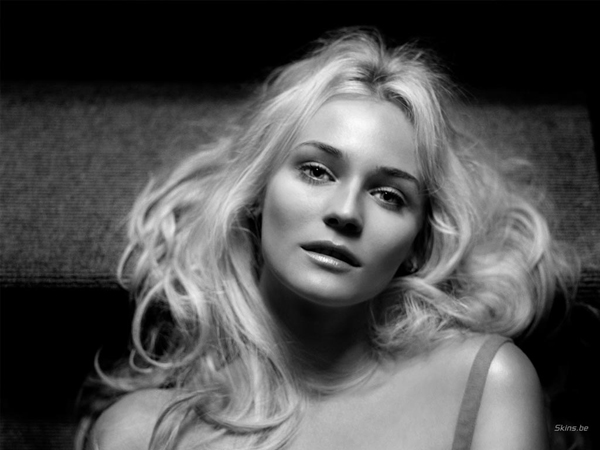 Wonderful DIANE KRUGER began the showbusiness as a fashion model, a face very recognizable to us, the ATLF team, but we are sure the general public didn´t even know who she was when she starred in the beautiful ARMANI ADs back in the early nineties, when she was just a teen, and her last name was HEIDKRUGER.

In this picture we see her as the blondest ever, which is totally suitable to the kind of cold beauty she represents, the sex appeal and the sultry side to her show here at her best. This picture is pretty timeless, and shows a very sexy side of the DIANE KRUGER we don´t know. 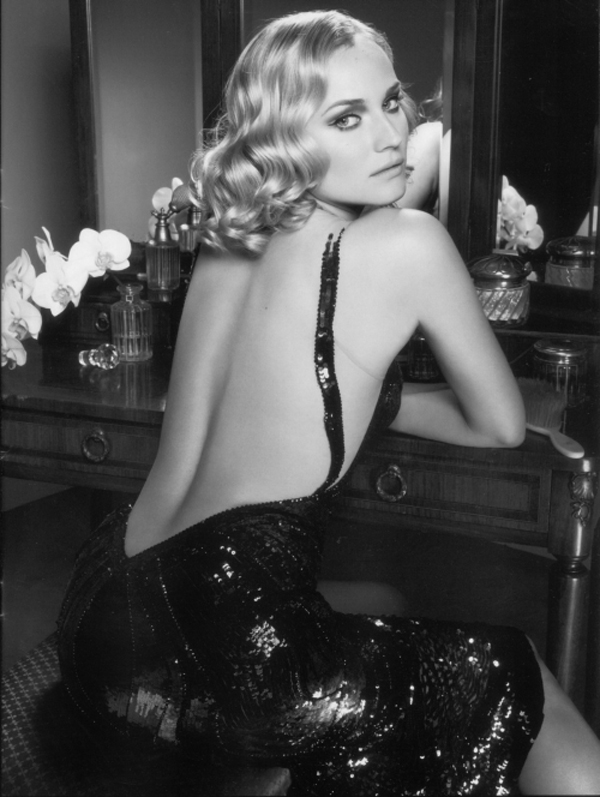 DIANE is the princess of the movie world, from a Hollywood blockbuster to an independent french film, she always makes a great appeareance by her star power, her acting skills get better and better, as proved in her wonderful portray of Marie-Antoinette in the french movie LES ADIEUX DE LA REINE, she has the perfect austrian accent that fits the queen perfectly.

Again, DIANE is the princess of the modern times, the HOLLYWOOD princess, she has the grace of a timeless royalty without being one, a very hard exercise of style, we seen so many actresses try to get to that point and they ridiculously failed and usually by the hand of a Hollywood ludacris stylist. Diane knows how to mix the vintage and the modern, she mastered that style, and she has thousands of clones all over the  world waiting for her new trena. 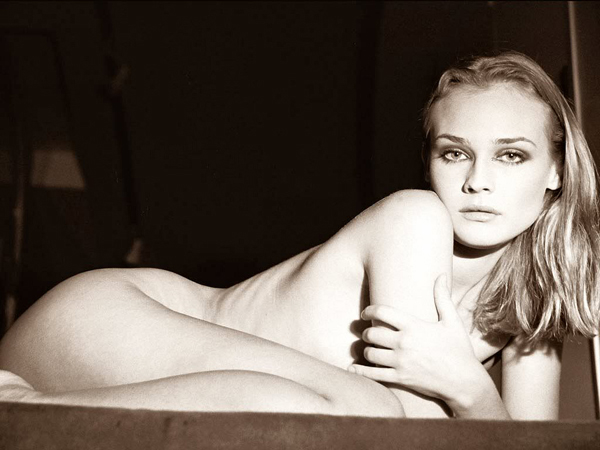 Her animal side, her body feeling the cold and the heat of the spotlights, a natural that is being in front of the camera for more than 20 years! She is very comfortable with herself, and she let us know it on the screen, on the big posters and in her red carpets, she is such a pro at it. 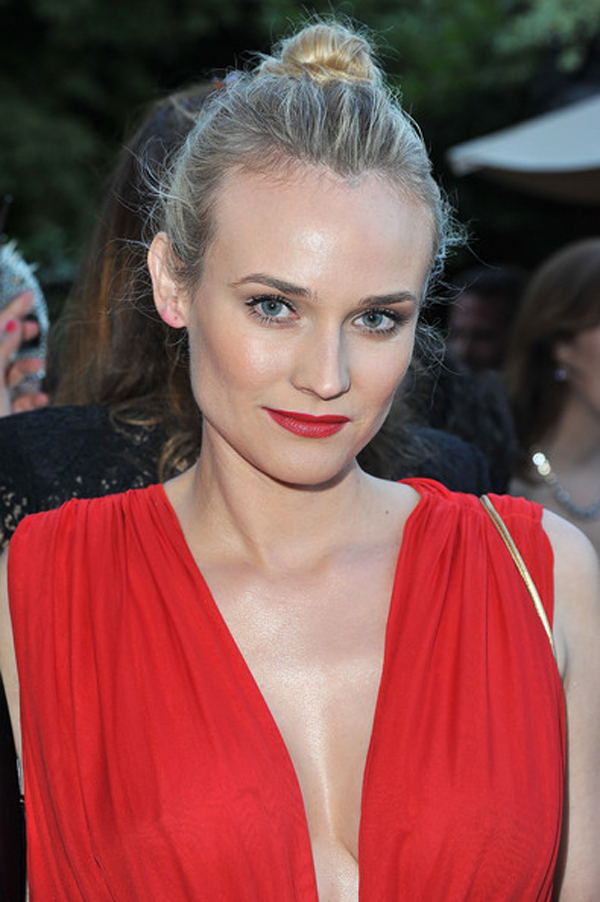 DIANE  AS A FASHION ICON:

She catches what it´s going on with the trends , and sometimes she is doing it before all the it-girls who basically make a living by launching a trend, a trend that could be either genious, or at the same time disgusting. Style is what attaches to DIANE, in the picture above, she carries the red better than ever, being able to be confortable with such a cleveage. The red lips, the undo upado, and   the feeling of being in touch with herself.

Even JOSEPH ALTUZARRA invited her for his spring 2013 show, back in february, such a honor for both of them. 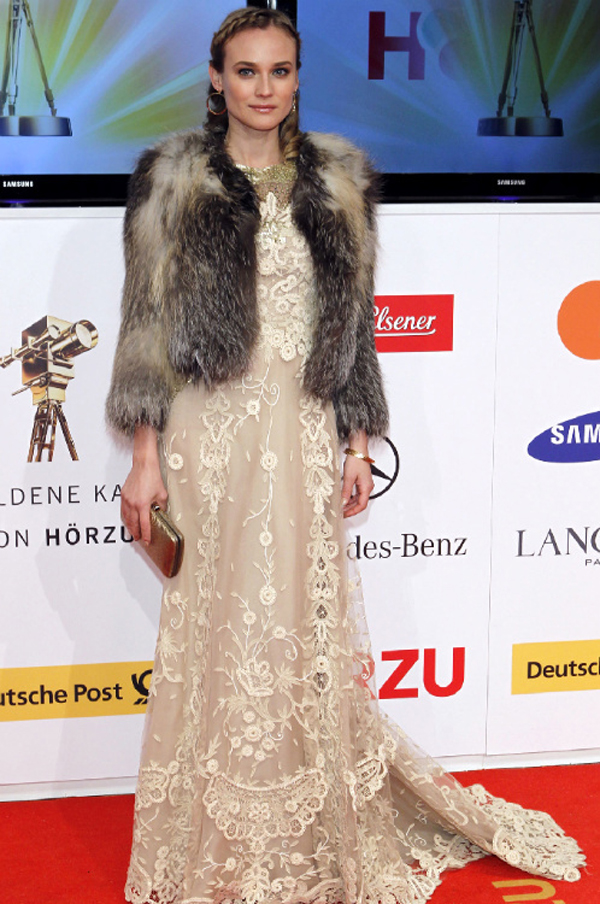 Fashion Icon of the RED CARPET, where she feels at home, even changing three times a day , just to walk the walk of fame, the Oscars or even better , CANNES. Big thumbs up for the wonderful combination of the evening gown with the fur jacket , we love it at ATLF. 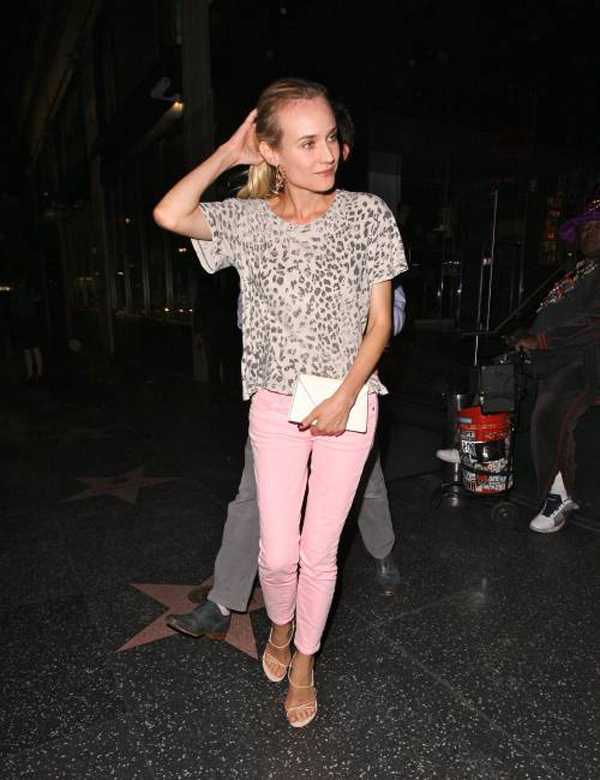 And finally the street look, again, she’s perfect, it makes us want to grab her and kiss her for such an amazing job putting herself together according to the situation, and she knows how to do it.

I´m sure she hangs out with KATE MOSS who has a similar taste, but not style.